There's really nothing quite so enticing as a beautiful text by Shakespeare, set to music.

Shakespeare brings out the best in composers. There’s something irresistible about a Shakespeare song, whether it’s by Henry Purcell, Franz Schubert, Hector Berlioz, Percy Grainger, Gerald Finzi or Benjamin Britten. Ever since he first set pen to paper, composers of every era have set his words to music - To give you an idea of the scope, there are more than 20,000 items listed in the Shakespeare Music Catalogue. These also include operas, ballets, musicals, symphonies, but there are songs in the thousands. Here are a few of my favorites: His 17th century contemporaries certainly made settings of his texts, but Shakespeare settings became really popular in the 18th. Thomas Arne wrote quite a few, and soprano Emma Kirkby’s clean, minimal-vibrato vocal style seems perfect for the carefree charm of “Where the Bee Sucks”, sung by Ariel in Act V Sc 1 of The Tempest.

In the 19th century, composers got quite serious about their Shakespeare, with settings trying to match the grave tone of German Art Songs. Here’s the honey-sweet voice of Dame Janet Baker, with Sir Hubert Hastings Parry’s version of “Oh Mistress Mine” from Twelfth Night:

In the early 20th century, composers continued to take their Shakespeare seriously, but there was a bit more variety of tone. Gerald Finzi captures a whole range of moods: the helplessness of love, lightheartedness, pathos, and whimsy in his song cycle, “Let Us Garlands Bring”, Op. 18. I’ve been studying the first of these songs, “Come Away Death” recently for my voice lessons (so much fun!), with its text from Twelfth Night, Act 2 Sc 6. Here is a great performance, with baritone Bryn Terfel and pianist Malcolm Martineau.

I spent a recent afternoon listening to tenor Anthony Rolfe Johnson and pianist Graham Johnson in an album called “Songs to Shakespeare”. Here they are with Roger Quilter’s version of “Oh Mistress Mine”. Compare it to Parry's version, above. And in this clip, you can compare singers, too! Anthony Rolfe Johnson's version is followed by one with Ian Partridge, accompanied by pianist Jennifer Partridge. It’s fascinating to hear them side by side. The text is from Twelfth Night, Act 2 Sc 3.

Anne-Sophie von Otter is brilliant in these settings by Korngold - Songs to Words by William Shakespeare, Op. 31. The pianist is Bengt Forsberg.

And finally, I find this absolutely captivating: a setting by Ralph Vaughan Williams, of “Orpheus with his Lute” (from King Henry VIII, Act 3 Sc 1) Countertenor David Daniels is fabulous, along with pianist Martin Katz.

And so, as the man himself wrote:

Let there be no noise made, my gentle friends;
Unless some dull and favourable hand
Will whisper music to my weary spirit.
(2 Henry IV, 4.5.1-3) 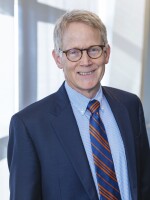