On this week's link roundup, catch up with two prodigious violinists, the Melodica Men, and a grocery store employee in Watertown who has some exciting news to share.

Kendall is taking a week off, so I'm stepping in to cover the link roundup this week. Don't worry, she'll be back before you can say "Nikolai Rimsky-Korsakov."

#Brooklyn - Mozart is a quiet and sweet fluffy cat looking for a calm home. He would be fine as a only cat, but doesn't mind other respectful adult cats - as long as they let him take up most of the bed when he naps! Mozart has some very minor health issues, ask us for more info. pic.twitter.com/tOjJrF2soi

My newest Bach looking at his older brother Mozart who were both rescued from the same McDonalds. pic.twitter.com/2uAn8250Aw 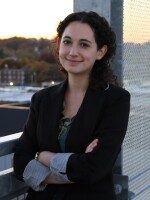